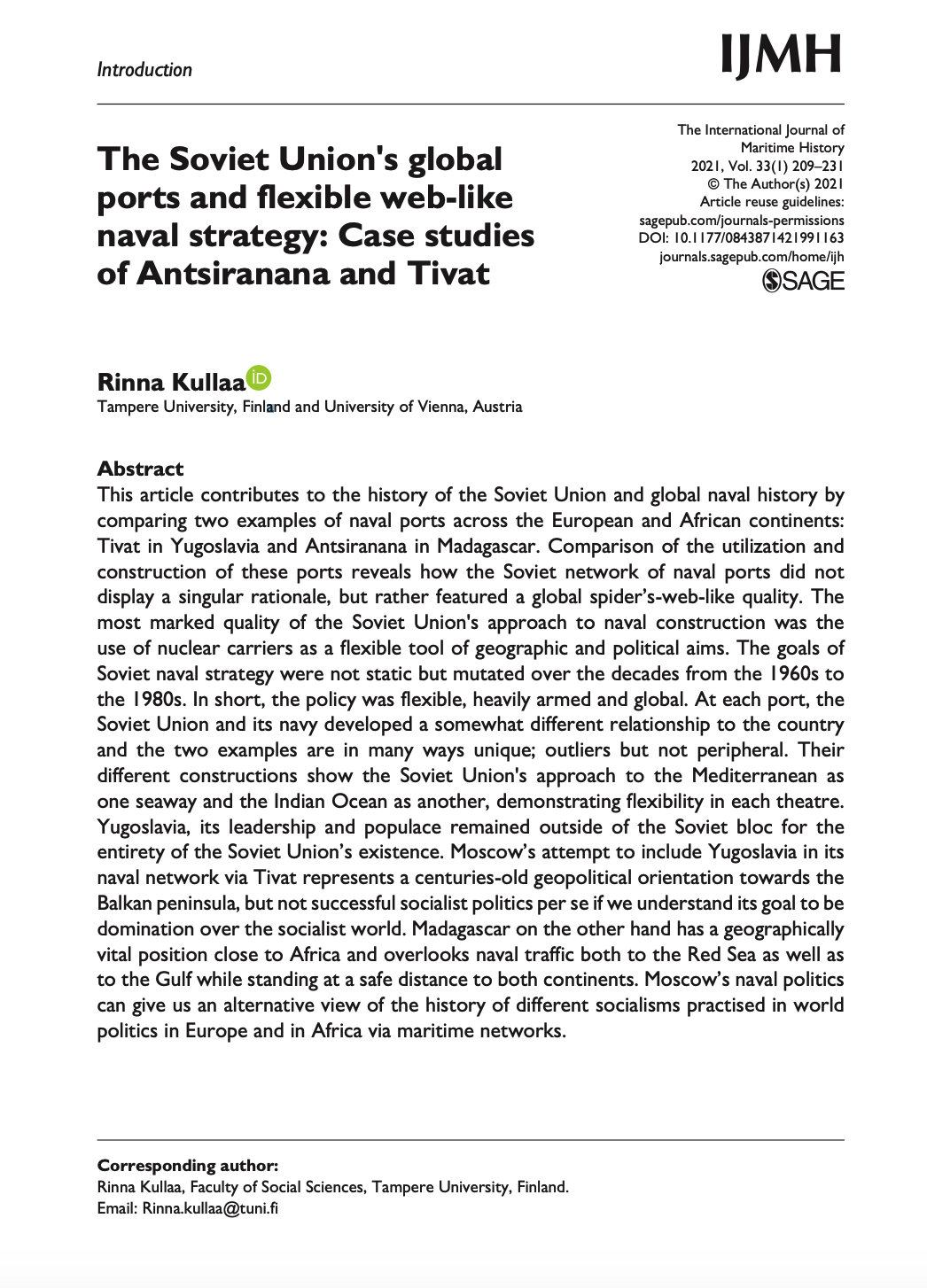 Abstract: This article contributes to the history of the Soviet Union and global naval history by comparing two examples of naval ports across the European and African continents: Tivat in Yugoslavia and Antsiranana in Madagascar. Comparison of the utilization and construction of these ports reveals how the Soviet network of naval ports did not display a singular rationale, but rather featured a global spider’s-web-like quality. The most marked quality of the Soviet Union's approach to naval construction was the use of nuclear carriers as a flexible tool of geographic and political aims. The goals of Soviet naval strategy were not static but mutated over the decades from the 1960s to the 1980s. In short, the policy was flexible, heavily armed and global. At each port, the Soviet Union and its navy developed a somewhat different relationship to the country and the two examples are in many ways unique; outliers but not peripheral. Their different constructions show the Soviet Union's approach to the Mediterranean as one seaway and the Indian Ocean as another, demonstrating flexibility in each theatre. Yugoslavia, its leadership and populace remained outside of the Soviet bloc for the entirety of the Soviet Union’s existence. Moscow’s attempt to include Yugoslavia in its naval network via Tivat represents a centuries-old geopolitical orientation towards the Balkan peninsula, but not successful socialist politics per se if we understand its goal to be domination over the socialist world. Madagascar on the other hand has a geographically vital position close to Africa and overlooks naval traffic both to the Red Sea as well as to the Gulf while standing at a safe distance to both continents. Moscow’s naval politics can give us an alternative view of the history of different socialisms practised in world politics in Europe and in Africa via maritime networks.